Evergreen Doctor Donates Care to Help the Citizens of Guatemala

Evergreen Doctor Donates Care to Help the Citizens of Guatemala

A large part of our core beliefs at Evergreen Eye Center is to give back to the community…and especially to those in need.

Dr. Brice R Nicholson from Evergreen Eye Center recently traveled to Guatemala to provide charity care to the citizens of this Central American country. The trip was organized with the aid of HELPS International.

“We flew to Guatemala City and then drove six hours to Coban,” said Dr. Nicholson. “We often travel to new locations, and HELPS sets up the location prior to arrival. This year we set up our medical center in a military base.” 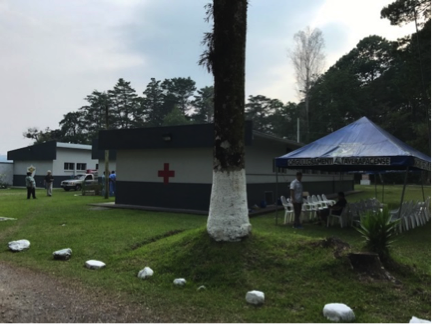 The medical team not only has eye surgeons, but also OB/GYN physicians, dentists, general surgeons and other healthcare professionals. They bring their own gear, supplies and food.

The eye team itself had five ophthalmologists, three optometrists, an optician, along with several eye technicians. They helped distribute over 500 pairs of glasses. During five days, the surgical team performed over 100 surgeries, treating mostly cataracts, strabismus and pterygia. 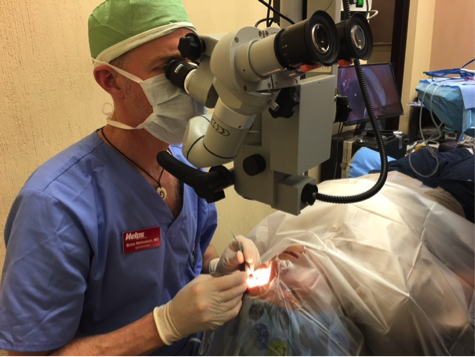 “The idea that you can change so many people’s lives in such a short amount of time is just extraordinary,” said Nicholson. “The work I do every day and especially on these mission trips keeps me grounded in exactly why I became a doctor.”

Guatemala has witnessed both economic growth and successful democratic elections in the past few decades, though it continues to struggle with high rates of poverty, crime, and access to healthcare. Missions like these make a real and lasting impact in the lives of citizens. 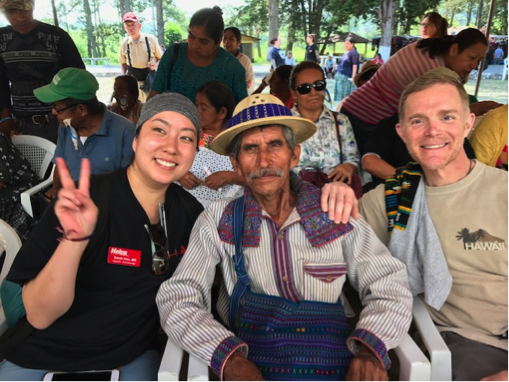 Since 1984, the HELPS community of thousands of loyal volunteers and donors have changed millions of lives. To find out more, visit https://helpsintl.org/.