See Your Best and Keep Your Eyes Healthy 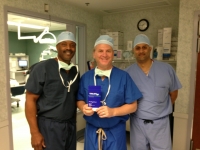 Seattle, WA, June 24, 2013 –John S. Jarstad, M.D., Medical Director and CEO of Evergreen Eye Centers, Federal Way, Auburn, Burien and Enumclaw, has become the first eye surgeon in the Pacific Northwest to implant the Crystalens Trulign Artificial Lens for correcting astigmatism and presbyopia. Dr. Jarstad is one of a handful of surgeons worldwide selected to perform implants of the Truligh Toric lens.

The Crystalens Trulign artificial lens is FDA approved for the correction of vision after cataract surgery in patients who in the past would not qualify for surgery due to astigmatism.  “This gives eye surgeons another important tool in the correction of vision after cataract surgery,” stated Dr. Jarstad from his Federal Way facility. “The Crystalens Trulign has an exceptional safety record in early clinical trials and remains stable inside the eye to correct nearsightedness, farsightedness and now astigmatism following cataract surgery.” 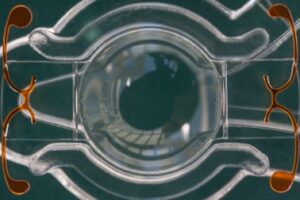 “We are excited to see the improved accuracy and successful outcomes we are now finding when combining the Crystalens Trulign with the new femtosecond laser robotic assisted cataract procedure here at Evergreen Eye Center,” Dr. Jarstad noted.

Evergreen Eye Center remains the only eye center in Washington State with the Femtosecond laser for bladeless laser cataract surgery and is the first clinic in Washington State to implant the Crystalens Trulign astigmatism correcting intraocular lens.

In addition to Dr. Jarstad, Dr. Gary Chung and Dr. Robert Tester will also use the new technology lens.

Please do not include personal identifying information such as your birth date, or personal medical information in any emails you send to us.

Thank you! Your submission has been received!
Oops! Something went wrong while submitting the form.